Who is considered Asian Pacific American?

While a few nationalities may quickly come to mind, you might be surprised at who falls under this category: 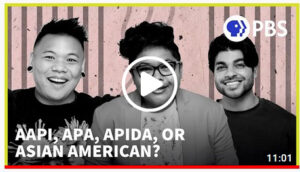 After the 1976 U.S. Bicentennial, Jennie Jew—a Congressional staffer, board member of the OCA-Asian Pacific American Advocates, and an Asian American herself—noticed that while the Black and Hispanic communities were recognized during the bicentennial celebrations, Asian-Pacific Americans were not. She brought the idea of a heritage month to New York Representative Frank Horton, who along with U.S. Rep. Norman Yoshio Mineta of California, introduced legislation to create Asian Pacific Heritage week. President Jimmy Carter signed the bill after overwhelming support, and Asian Pacific American Heritage Week was first celebrated in 1979. In 1990, President George H. W. Bush extended the week to a month.

Racial simplifying is fuel for stereotyping. One of the most prevalent stereotypes of Asian Pacific Americans is being a “model minority,” a group who values strong family ties, hard work, and top academic performance. While seemingly positive, the propagation of this cultural stereotype creates undue pressure on youth and young adults, ignores other reasons for Asian Pacific success—such as school quality, inherited socioeconomic status, and neighborhood location—and make them invisible in the discussion of race and prejudice in America. In addition, as nonprofit public policy organization The Brookings Institution points out—

Holding up one racial or ethnic minority as a “model” can too easily become an implicit criticism of other minorities. “If Asians can do it, why can’t you?” is the thought process lying not far below the surface of some commentaries on race and racism in the U.S. This is perhaps the most dangerous byproduct of the model minority stereotype, and a form of racism in and of itself.

Actually, Cambodians and the Hmong rank among the lowest groups economically in the U.S. These two communities find themselves in lower quality neighborhoods, which lead to fewer opportunities. In fact, the academic performance gaps between certain Asian American populations are as wide as the educational gaps between the white and Black communities.

The bamboo ceiling is, according to author Jane Hyun, a “combination of individual, cultural, and organizational factors that impede Asian Americans’ career progress inside organizations.” Due to the model minority myth, Asian Pacific Americans are seen as hardworking and successful, but they are vastly underrepresented in positions of leadership and influence—this is one reason why Kamala Harris’ ascent to Vice President is so important, as her mother was a Tamil Indian (her womanhood and Black father also added to this historic event).

What adds to the underrepresentation at the top are cultural beliefs. Many Asian Pacific cultures do not encourage being proactive in climbing the proverbial ladder, as this can insult elders or others in the social hierarchy or be seen as needing help/being weak. Growth opportunities are often expected to be given by supervisors, not pursued, a belief that is in stark contrast to Western workplace culture.

The Difficulty of Being a Perfect Asian American

The Bamboo Ceiling: Asian Americans and the Myth of the Model Minority

Never Have I Ever  |  Netflix

Master of None  | Netflix

Fresh Off the Boat  |  Hulu

Things We Lost to the Water
Eric Nguyen

The music artists featured are all from the Asian-Pacific American community.

They Call Us Bruce

Asian Pacific Islanders as the Joke